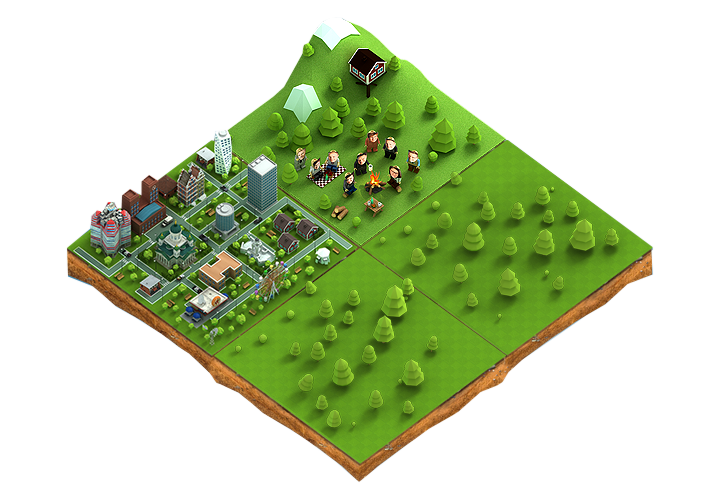 Learning our Key Behaviors through game-playing

In late 2014, Nordic Morning began to communicate its Key Behaviors to all personnel. To help them get accustomed to the Key Behaviors, the company launched a social game in spring 2015. The third part of the game started in February 2016, with the fourth and final part to follow next spring.

Produced in cooperation between Nordic Morning’s subsidiaries, the purpose of the game is to make staff familiar with the Group’s Key Behaviors and bring them to life in day-to-day actions. The game challenges players to be open, to share, to participate, to be enthusiastic, and to learn. Instead of having to sit through yet another PowerPoint slide show, employees are taken on an expedition punctuated by various assignments and video clips.

The game, which is Called HEIMO, was launched and the first part made available at the beginning of April 2015. The theme for the first part was one of Nordic Morning’s four Key Behaviors: Openness and Sharing.

“The game got off to a flying start thanks to our active marketing,” says Annika Parkkonen, Vice President, HR, at Nordic Morning Group. “Enthusiasm and interest further increased when the game won first prize in the Group’s internal innovation competition in May.”

As the first part of the game was being marketed, the second part was in development. Called Passion for Success, this was launched at the end of June.

“Product development took longer than we anticipated, which is why the launch took place at the start of the summer holiday season,” Parkkonen says. “The longer period of time between part one and part two meant that we should have relaunched the game and the idea behind it. The impact of our marketing efforts for the first part didn’t last long enough to adequately support the release of the second part.”

Nevertheless, the game has found an enthusiastic audience: approximately half of the Group’s personnel played the first part, and this figure increased to 60 percent for the second. The target is 70 percent. The activity level varies across the Group: as many as 90 percent of employees have been playing the game in some subsidiaries, while the figure in others is around the 20 percent mark.

After winning first prize in Nordic Morning’s internal competition, HEIMO went on to compete on the international stage when the game was selected as a finalist in the Internal Communications category at the Digital Communication Awards 2015. The final and the gala event were held in Berlin in September.

“Although we ultimately didn’t win first prize in our category, it was a great experience,” Parkkonen says. “However, the extra work caused by the competition meant that the development of the game’s third part was delayed. Part three, Curiosity to Learn and Innovate, was not launched until February 2016. Part four, Helping Customers Succeed, will likely be launched in April.”

The plan is to develop HEIMO into a customer product, which means that the Group’s internal learning process has also served as a platform for product testing and prototyping. However, Parkkonen says that one key factor was misjudged – timing.

“We misjudged it in two ways. Firstly, we underestimated how much time it would take to develop and test the product. Secondly, it would be better if all four parts of the game could be played through in about six months, as this would help maintain the appropriate degree of intensity. Our game will take one full year, and that is too long.”

The experience accumulated by Nordic Morning and the HEIMO team suggests that the launch of the game and its parts must be carefully planned, with different hooks developed for each part. As e-mail marketing may not be enough to reach all employees, the company intranet and other channels should be utilized to make the game as interactive as possible. It should also include competitive elements, as people seem to respond well to scoring points and having that extra motivation.

Parkkonen is grateful to the players for their development suggestions. Blooper reels featuring management failures, included in part two of the game, inspired one Group company to produce an entire book of bloopers. Parkkonen’s favorite comment among the feedback received on the game characterized it as not taking itself too seriously. One positive aspect from the business perspective is that Nordic Morning’s sales teams are already eager to sell the product, and customers are equally eager to buy it.